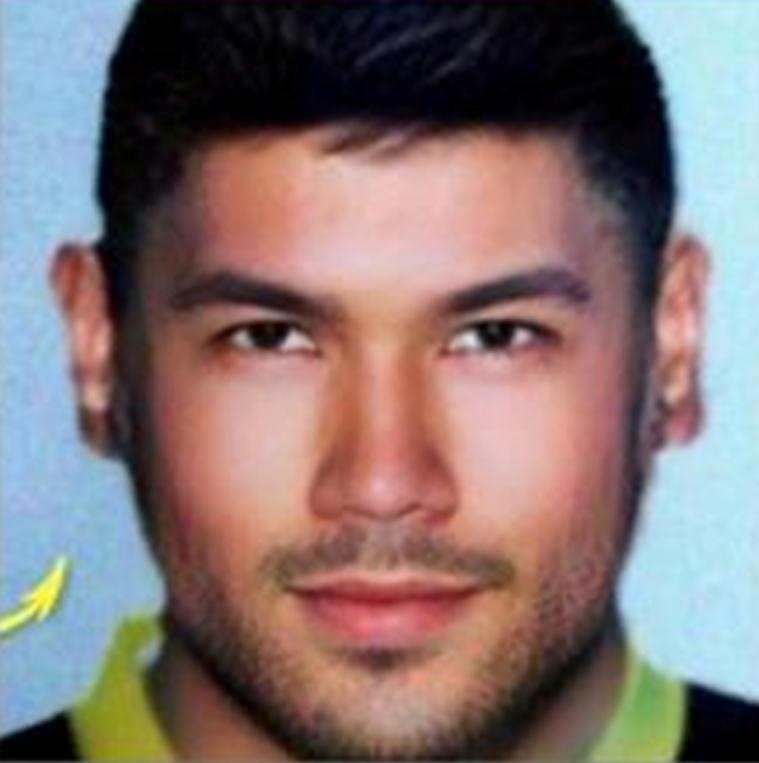 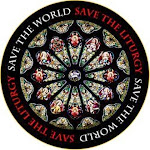 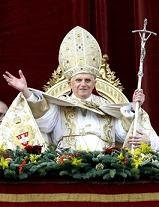 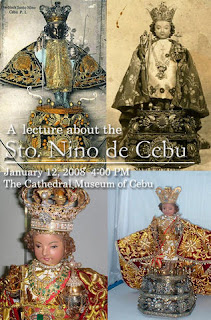 In April 1521, Portuguese explorer Ferdinand Magellan, in the service of Charles V of Spain, arrived in Cebu during his voyage to find a westward route to the Spice Islands. He persuaded Rajah Humabon and his wife Hara Amihan, to pledge their allegiance with Spain. They were later baptized into the Catholic faith, taking the Christian names Carlos and Juana. Magellan gave Juana the Santo Nino as a symbol of the alliance. However, Magellan died during the Battle of Mactan later that month, and the alliance became more or less moot.

The Spanish returned to the Philippines in February 1565. Cebu was the first stop of BasqueMiguel López de Legazpi, who would later found Manila. He defeated Rajah Tupas (nephew to Humabon) on April 27, destroying the village in the process. The Santo Nino was found relatively unscathed in a burnt-out dwelling. This event was quickly acknowledged as miraculous, and a church was later constructed on the site of the discovery. Today, the Basilica Minore del Santo Niño is an important historical and religious landmark in Cebu, with devotees forming long line up to pay their respects to the Holy Child. 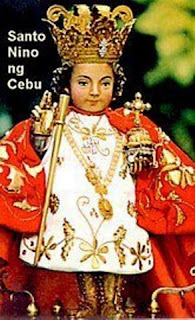 The Holy See has approved special liturgical texts for use during the local Feast of the Santo Niño in the Philippines, set on the third Sunday of January. The festival that follows is known as the Sinulog, which combines the street festivities and religious devotion of the Cebuano people.

The Santo Niño was long considered to be the patron "saint" of Cebu. However, the Santo Niño is a representation of Jesus Christ as a child. The Catholic Church in the Philippines sets the Holy Child as an example of humility and as a celebration of the Incarnation. Many Cebuanos do not consider the Christmas Season over until the Feast of the Santo Niño.

With this in mind, in 2002, the Archbishop of Cebu, Ricardo Cardinal Vidal, declared Jesus' mother Mary, under the title of Our Lady of Guadalupe to be the principal patroness of Cebu. This upset some Santo Niño devotees, who felt that the declaration "demoted" the Holy Child. However, the declaration is consistent with Catholic thought requiring a patron saint be a human saint who has gone to his or her heavenly reward and who prays to God on behalf of the living, rather than a divine being himself.

Since the Holy Child is a representation of Jesus, the Second Person of the Trinity, he cannot, as God, be considered a patron. In that sense, Cardinal Vidal's move was to actually install a patron saint for Cebu, when before there was none. He did not, however, abolish the feast or the traditional street celebrations.

There are various Filipino American prayer groups in the United States that celebrate a Novena to Santo Niño. The novena begins with a recitation of the rosary, followed by various Philippine native songs and prayers. These prayers include a thanksgiving prayer, a blessing for the hosting family, an act of consecration prayer, and a prayer for the sick. 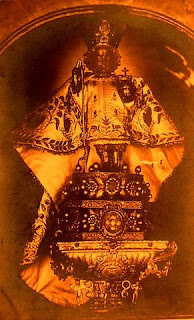 Native Cebuanos were not fully Christianized and continued to believe in their native, animistic, gods; recognizing the Santo Niño only as another "anito" (idol).

Even so, many myths and folklore surround the image as brought on by the religious beliefs of the people. Local helpers at the Basilica Minore del Santo Niño have reported that the Santo Niño sometimes disappeared from its glass case at night only to return with grass stains on its clothes. This sparked speculations that the Santo Niño took long walks at night. There were never any official accounts of these stories and they were often dismissed as local superstitions, but this did not lessen the number of devotees to the Santo Niño.

To date, the Santo Niño is still considered miraculous by some Cebuanos. A Santo Nino statue can be found in almost every Cebuano household, no matter where they might live in the world.

While the Santo Niño has been popular recently in the Philippines, perhaps its predecessor can be found in Spain during the 1400s which were still occupied by Muslims. Then pilgrims still travelled to the Holy Land, and were often harassed on the road during their arduous journey. Sometimes it was said that a Christ Child had appeared to them at night dressed in fine clothes such as the Santo Nino of Cebu wore although in addition he bore a staff in his left hand where hung a gourd full of fresh water and a basket of bread in his right hand. These he would share with the famished pilgrims, perhaps appearing to another group of them the same night.

The image resided in a local chapel where parish women would tend to its fine apparel with particular attention to the Santo Niño's shoes. Often the parish ladies would arrive in the morning to find that the Christ Child's shoes which they had left so clean the day before had become soiled overnight as if he had been walking the roads. Spanish clergy heard the pilgrims' tales of the Santo Niño and went to witness the road beaten shoes when only the evening before they had been clean. They soon declared the Holy Child was miraculous and Santo Niño's fame spread around the world. (Wikipedia)

Posted by dennisraymondm at 7:08 AM